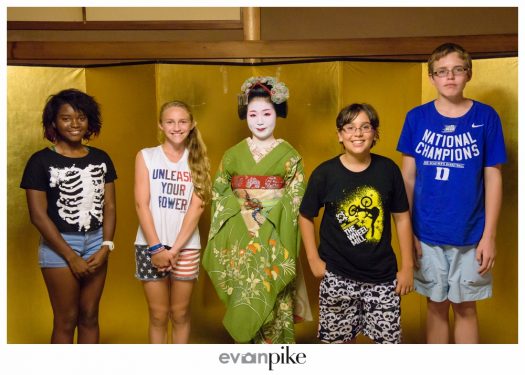 Here is the last report about my tour of Japan with a small group from Cary Academy. After the line below this paragraph, the rest of this report on our trip to Japan is written by Katie Taylor, a 6th grade teacher at Cary Academy and Japan enthusiast.  Check out Katie’s previous post about our time in Tokyo and Hiroshima and Miyajima if you haven’t read it yet!

We finished our trip in Kyoto at another lovely hotel within a block of a covered shopping district and close to a scenic canal. One of the most memorable things about this hotel was the very quiet festival music that started playing throughout the hotel on July 1. Gion Matsuri, which is one of the most famous shrine festivals in Japan (if not the most famous) takes place in mid-July, but the Kyoto celebrates for the entire month. The music in the hotel was so quiet that at first we couldn’t tell if we were hearing someone’s alarm going off through their hotel door! It’s interesting that the entire town gets into the spirit of the festival, even down to their version of “Muzak” pumping through the halls and in elevators!

Unlike Hiroshima and Tokyo, Kyoto was basically untouched by bombs during WWII. It was a famous tourist destination before WWII, of course, but has only grown in popularity since because of its even more unique status within Japan. Part of our focus in Kyoto was on visiting many of the ancient shrines and temples which have been standing for as long as 1200 years. 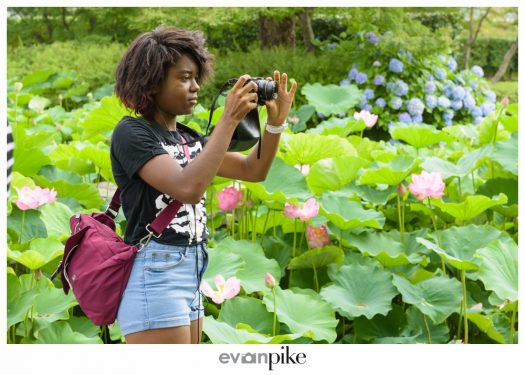 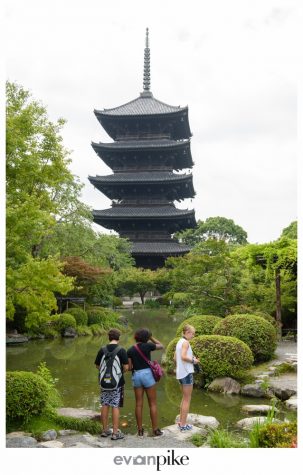 First we visited Toji, a Buddhist temple. Toji is the site of a famous five-storied pagoda and mandala. The mandala is actually made out of statues instead of painted on a scroll. Our guide in Kyoto, the incomparable Maso-san, told us that the monks decided to create a mandala out of statues to help laypeople understand the concept. It reminded me of the stained-glass windows in Christian churches that depict scenes from the life of Christ. The mandala is meant to help Buddhist practitioners actually see how Buddha rules heaven.

We saw another interesting set of statues at Sanjusangen-do, another Buddhist temple complex. At Sanjusangen, there are 1001 statues of Kannon, who is a version of Buddha known as a goddess of mercy. Each of the statues has many arms which are holding various objects that Kannon could use to help people in trouble. We all really enjoyed hearing about the archery competitions held outside of the building, probably even more than we liked seeing the statues. The students were particularly impressed by one young archer who almost beat the records of the adult archers at only age 11! 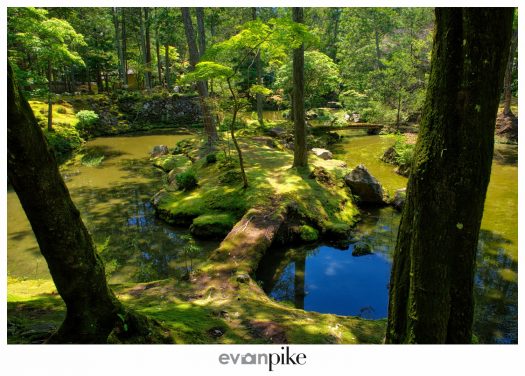 The students also liked the “moss garden” temple, where we were able to sit in on a session of sutra chanting done by the monks. The garden itself is also beautiful, but a lot of the peacefulness and effect of the garden is lost in the crowds. The moss garden temple is one of Kyoto’s most popular, but it is also small and still a truly functioning monastery. To help control the crowds, the monks require you to apply in advance for tickets and then come at the time they offer. The students and I agreed that the chanting was our favorite part! 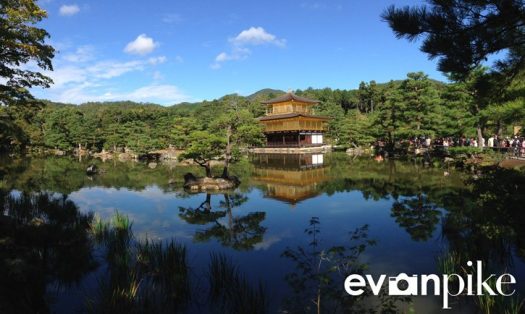 Another Buddhist temple that is a must-see tourist stop for anyone visiting Kyoto is Kinkaku-ji, or the Temple of the Golden Pavilion. It quite literally has a golden pavilion, which is a pagoda that most tourists can only view from the outside. Our guide told us a great story about how he was able to tour the inside of the pavilion with one of his very famous guests. We’ve been sworn to secrecy, but we were impressed! We had a lot of fun with the stories that went along with the golden pavilion. The students liked to hear about the snake who was buried out back; the second owner wouldn’t disturb the snake’s grave out of fear of upsetting its owner!

I could go on and on about other temples we visited, as well as shrines large and small, but there’s more to Kyoto than just ancient religious life and gardens!

Arashiyama, or Arashi Mountain, is an area of Kyoto with lovely parks, high-end homes, and quiet neighborhoods. It’s also home to a lovely old bamboo grove and a monkey park. The moss garden temple is in this area as well. After our visit to the bamboo grove and the temple, we ate lunch at a fantastic little café that serves tonkatsu sandwiches. Tonkatsu is a breaded pork cutlet, or as we call it here in the southeastern US, a “fried pork chop.” A tonkatsu sandwich would be right at home on a local NC menu. 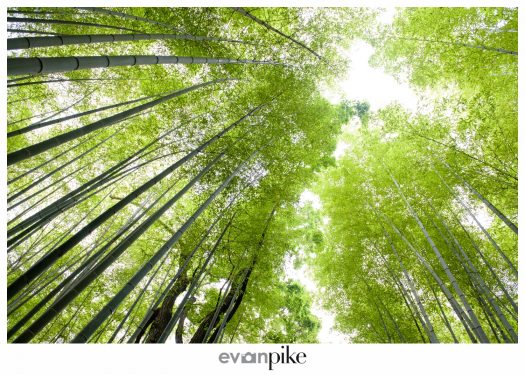 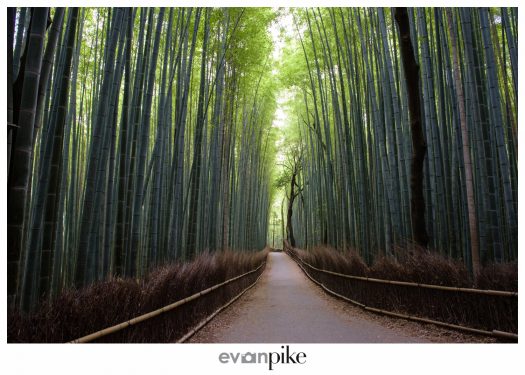 The monkey park was our favorite part of this area of town. To reach the monkey’s natural habitat on the mountain, visitors climb for about 15 minutes. The view itself is totally worth the climb, but the monkeys are so much fun! Unlike a traditional zoo, in the monkey park the humans are the ones who use a cage. The “human cage” is a small building with fencing along three sides where the monkeys can climb. The human visitors inside can buy bags of cut-up apples or peanuts to feed to the monkeys through the fencing. It’s so much fun to have a monkey reach out and take something from your hand, especially a tiny baby monkey. These monkeys seem to be respected and cared for by the staff of the park. There are many rules about dealing with the monkeys, including admonitions not to talk to them or look at them or feed them outside of the enclosure… These are actually wild monkeys, folks! I made the mistake of talking to one on the way up the mountain, and while he didn’t hurt me at all (injuries are rare), he made sure that I knew he didn’t like me! 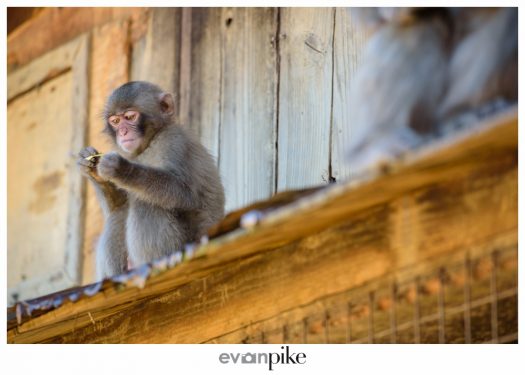 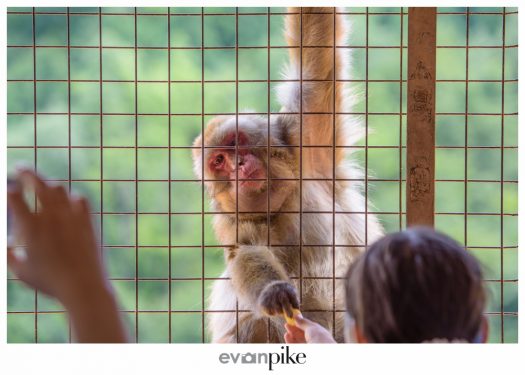 If you have any interest in traditional Japanese culture, Kyoto is THE city to visit! We were able to have quite a few interesting experiences while in Kyoto. Particularly memorable to the students were our samurai sword demonstration and our visit with a maiko, a Kyoto geisha-in-training. In 6th grade at CA, we study Japanese culture and learn the story of the 47 Ronin. Students were so excited to realize that one of the stories that the samurai actors presented was this story! Getting to actually practice with samurai swords was fun too.

Our maiko didn’t use a sword, but she did share with us a traditional dance and fun games. In Kyoto, geisha are called geiko, but the concept is the same. These young women completely leave their academic schooling at age 15 to learn traditional Japanese entertaining, such as how to play traditional instruments, properly wear kimono, and serve drinks. Our maiko is quite famous and in demand as she is one of the few who speaks fluent English. One of our students was a natural at the little game that the maiko played; she even beat the maiko at it! 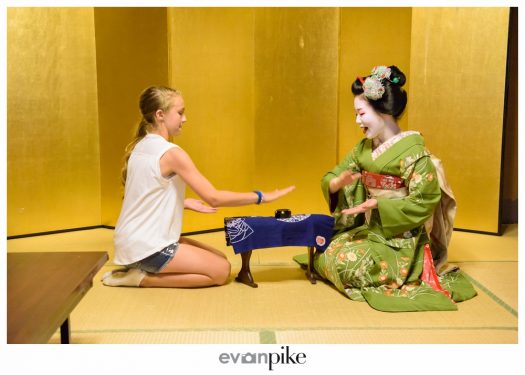 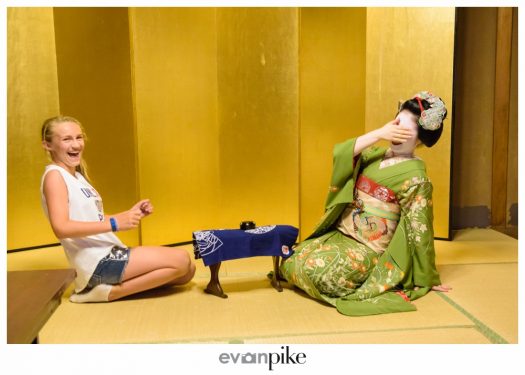 We also had the opportunity to practice the traditional Japanese arts of calligraphy and flower arranging. In Japan, calligraphy isn’t just for communicating words, but also emotions. Artistic expression and interpretation is just as important as actually making the shapes of the characters carefully. After practicing different styles of characters, we painted a favorite character on a fan. I have mine hanging in my classroom! The group who practiced flower arranging (“ikebana” in Japanese) learned how different elements in an arrangement represent different aspects of the world, both natural and spiritual. We couldn’t keep our flower arrangements, but we have the photos to prove that we made beautiful creations! 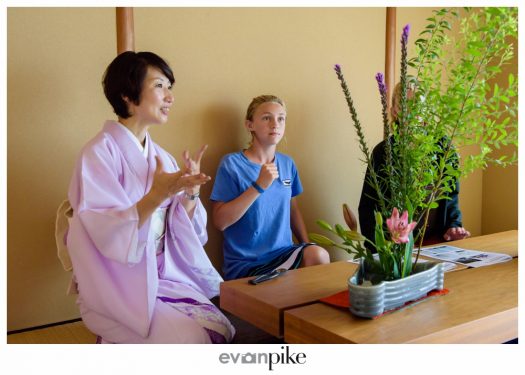 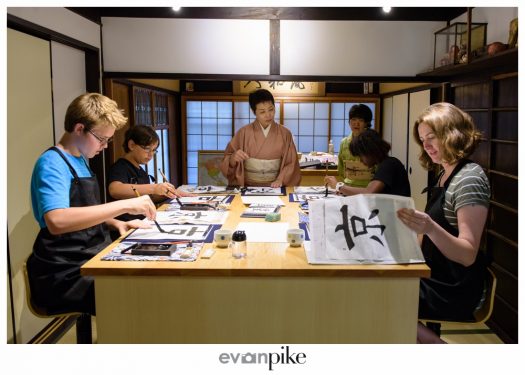 Shopping in Kyoto is also an experience in traditional Japanese culture. We enjoyed visiting an old tea shop, a very high-end fan shop, a lovely little antique shop, and a silver jewelry shop that has been in Kyoto since the 1700s. One of the neatest shopping experiences was walking down a covered arcade full of food shops with our guide, having him point out the special cuisines of Kyoto. We saw loose tea, vegetables pickled in leftover sake rice, and lots of seafood—octopus, fish bones, and so much bonito! 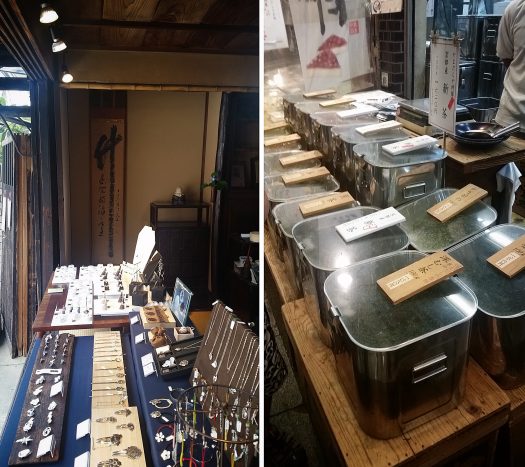 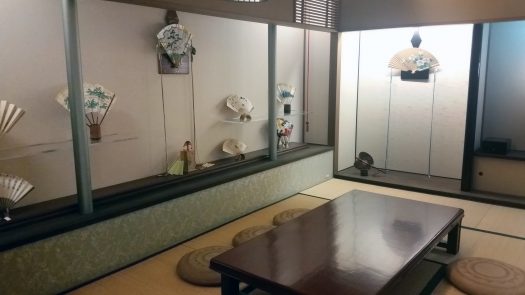