In November I was lucky enough to lead another private photography tour of Japan.  This time, I was with a couple from Turkey, Kurt and Serap, who had always dreamed of coming to Japan.  After learning a little more about them, their interests and reasons for wanting to visit Japan, I planned a 13 day photo tour of Japan creating experiences that I know we will always remember!  This guided tour of Japan included Tokyo, Hakone, Kyoto, Nara, Arashiyama, Hiroshima, Miyajima and Koyasan.  We certainly visited a lot of places in Japan in a short amount of time, but Japan’s awesome (and complex) network of public transportation, mainly trains, makes traveling around Japan convenient, fun and scenic… assuming you know which trains to take! 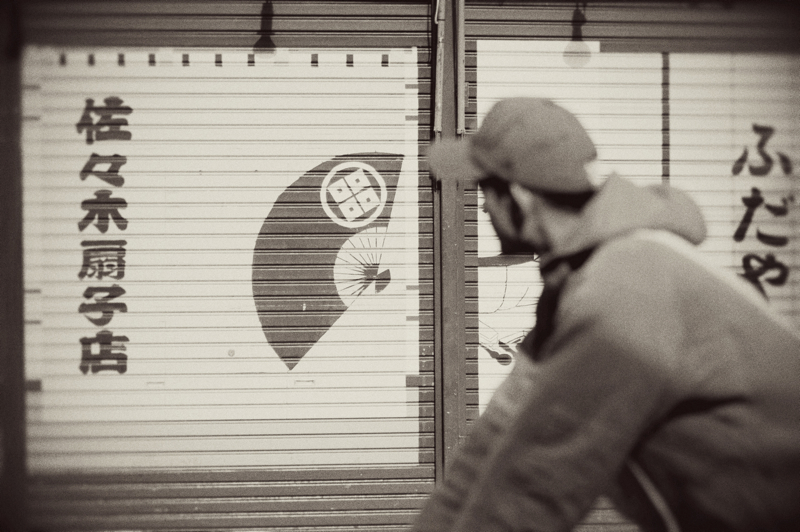 As you can imagine, a 13 day tour of Japan certain calls for a few blog posts, so I decided to break it down in a few different parts.  Both Kurt and Serap are really into street photography (I can’t wait to show you a few of their awesome photos from Japan) so I wanted to share a few of my own from the tour around Japan.  Street photography is a fairly broad term and in a city like Tokyo, where there is so much going visually, it can be overwhelming to take photos or even decide what to focus on.  I recommend having a purpose or goal when photographing around Tokyo to avoid being overwhelmed by all the visual stimulation.  My goal, in regards to street photography on this photo tour of Japan, was to leave as much of “the story” up to the viewer’s imagination as possible.  Which is why in almost all of these photos you won’t see faces and usually people cut in half.  Another important aspect to street photography is patience.  I recommend finding a place you like, for example these awesome blue stairs, and waiting for the moment to come to you! 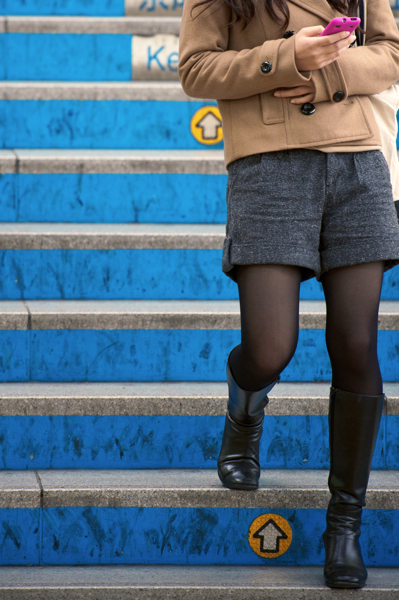 Here are a few more of my favorite photos from my latest photography tour in Japan (although there are many more coming soon): 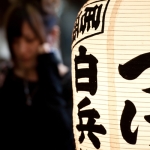 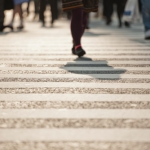 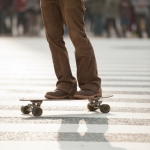 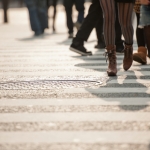 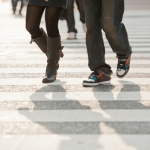 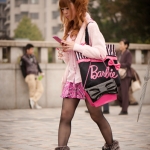 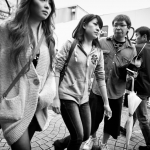 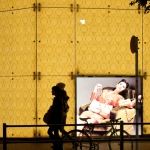 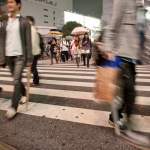 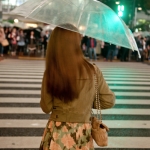 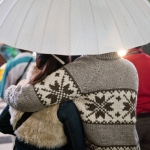 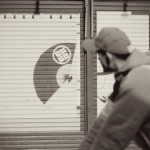 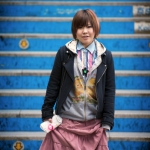 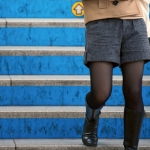 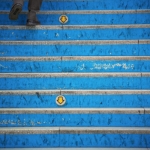 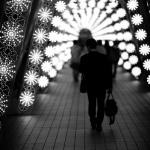 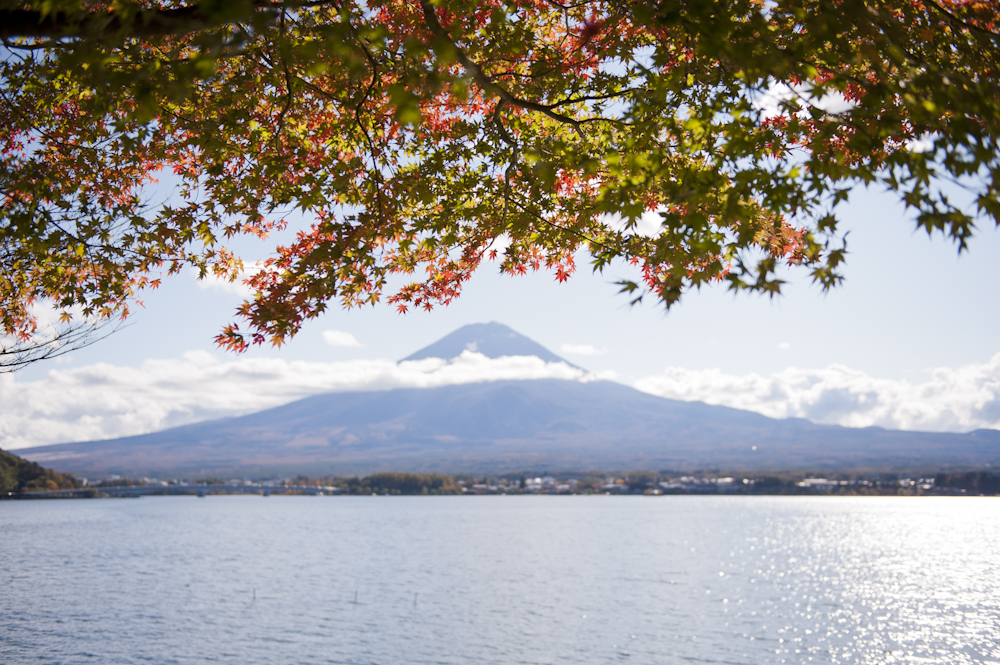 Just returned from an incredible 2 week photography tour in Japan with a wonderful couple from Turkey!  As you can imagine, after touring Japan for 2 weeks, I have quite a few photos to go through, but I wanted to just post a two photos real quick!  A lot more photos of our trip in Japan, which included Tokyo, Hakone, Kawaguchiko, Kyoto, Nara, Arashiyama, Hiroshima, Miyajima, Nara and Koyasan.  Whew!  And for those of you that are thinking about going to Japan for the 2012 cherry blossom season, check out my 2012 Japan Photo Guide Cherry Blossom Group Tour! 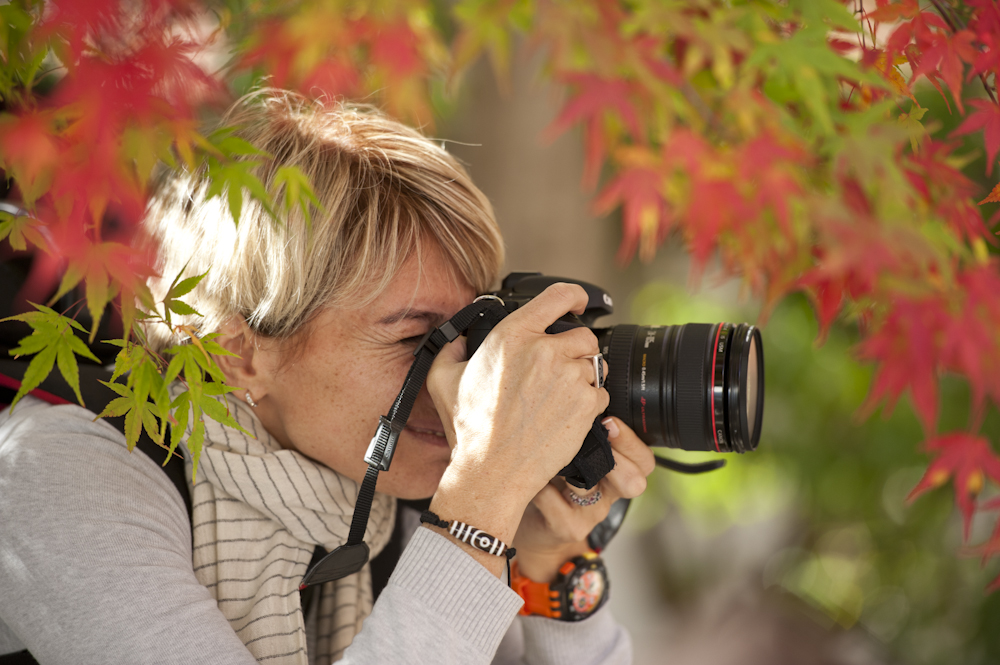