Let’s eat at a Kaiten Sushi!

What you should expect when eating sushi at a kaiten sushi, converter belt sushi.

Do you like sushi? Who is excited to go to Japan to eat fresh sushi?

Well, sushi has become an internationally well recognized Japanese food in the 20th century. However, not everyone has been to kaiten sushi, the sushi that comes around on a converter belt! Today, let’s learn about kaiten sushi and what you should know before going to one so that you can prepare yourself for the photo tour of Japan, especially when you have an opportunity to venture out to eat!

What is “kaiten sushi?” Is it different from regular sushi?

So what is kaiten sushi? You all know what sushi is so what does “kaiten” mean? Kaiten in Japanese means “rotaining.” Thus, kaiten sushi is a particular sushi that comes on a converter belt, which rotates around the restaurant.

Sushi comes in many different forms in Japan, which also varies in prices. In general, you can consider “kaiten sushi” to be a cheap option. In comparison to sushi where you eat at a counter seat, kaiten sushi is much more relaxed, casual, and accessible to everyone. The matter of fact, because of such nature, it is popular among families to go to kanten sushi. Of course it is a sushi restaurant, so you will have a lot of different sushi, but at kaiten sushi, many other options such as sides, soup, and desserts can also be ordered at an accessible cost as well.

Make sure to pay attention to the colors of the sushi plates!

This clear identification of price is so crucial and why kaiten sushi became so popular. For example, some or all of the items are market price so you may not know the price till the end at high-end sushi places like eating at a counter table. Kaiten sushi is created for its accessible/cheap cost and clear identification of price so different colors of plates is one of the key features of this venue.

So how did kaiten sushi come to life? Originally, sushi was an expensive food, which was not for everyone. However, everyone wanted to eat sushi and the idea of kaiten sushi came to life. At the beginning, it was more like “all 100 yen ($1),” but later on, different colors of plates, thus different prices of sushi, automatic tea dispensers, and sushi robots were introduced.

Interestingly, the idea of kaiten sushi was born in Osaka at a beer factory in 1948. 10 years passed since the idea emerged, the first ever kaiten sushi opened in Osaka in 1958, called “Mawaru Genroku Sushi 1st Store.” Since then, the first franchise opened in Sendai city in Miyagi Prefecture in 1968, followed by the creation and placement of automatic tea dispensers in 1973. From 1975 to 1985, the kaiten sushi boom came to Japan with the introduction of sushi robots, major chains entering the competition of the industry.

By 2007, kaiten sushi became a 500 billion yen industry and now it is becoming international. If you are around the Los Angeles area, you might have seen “KULA,” Japanese kaiten sushi chains. There are around 10 KULA stores around the LA area and is popular among American people. As well as KULA, another major chain “Sushiro” is focusing its international market expansion in Asia, opening stores in Korea, Taiwan, Singapore, and Hong Kong in recent years. In 2018, there were 12 stores internationally and in 2019, there were 13 more additional stores opened, a total of 25 international stores operating outside of Japan. Currently the international market is expanding more than Japanese market in that each international store produces more revenue per year than a store in Japan.

So who is hungry for sushi after reading this article? As you learned, there are different chains of kaiten sushi in Japan so if you are so keen, you can try different chains of kaiten sushi when you are on the photography tour of Japan to see, which one suits you the best. Each kaiten sushi has unique features that are different from one another so try a few and let me know what you like about each kaiten sushi! Of course, with COVID19, kanten sushi is most likely not the same today, but let’s hope that in 2021 when we are on a photo tour of Japan, we can go to a kanten sushi to enjoy fresh fish together!

What is the reality of having the Olympics during the pandemic

With the COVID vaccines gradually becoming more available around the world, we are slowly, but steadily regaining hope in life. With that said, Japan is facing an extremely difficult task of holding an Olympics during the pandemic. Originally planned for the 2020 summer, Tokyo Olympics is now scheduled to be held in the 2021 summer. Despite over 80% of Japanese people opposing the Olympics to be held in the country this year, it is now official that the summer Olympics is going to be held in Tokyo in July and August. Let’s learn how things are going with the Olympics during the pandemic and how unprecedented it has been.

On March 25th 2021, the Tokyo Olympics torch-relay started from Fukushima Prefecture. Usually, the Olympics torch-relays are more like festivals that a lot of spectators fill the streets where the relay runners run with the torch. However, because of the pandemic, everything about this torch-relay is unprecedented. For example, there is barely anybody on the streets to cheer for the relay runners. Except for the officials, nobody else could join the opening ceremony and those who were at the opening ceremony had to sit with social distance.

In the past several months, many Japanese celebrities who were supposed to be a part of torch-relay canceled their participation due to scheduling conflicts. Many on the surface say that, but the reality is not that simple. Some celebrities who have canceled their participation are more honest and clear about where they stand that they have indicated their disagreement and disappointment about the Olympics to be held during the pandemic as they feel there are other priorities for the country of Japan and Japanese people to deal with during the pandemic.

With only 16% or so Japanese people favoring the Olympics to be held in the 2021 summer, there were also protests happening on March 25th at the train stations. Usually the festive torch-relay is not as festive nor welcomed by Japanese. It’s hard to imagine where this will go with these kinds of reactions among Japanese. How can Japan hold the Olympics and Paralympics this summer?

No international spectators for Tokyo Olympics

How many of you were hoping to be in Japan for the Olympics? Were you thinking about joining the photo tour of Japan around the time of the Olympics so that as well as touring Japan, you could enjoy the Olympics at the arenas?

Well, unfortunately, for this year’s summer Tokyo Olympics, international spectators cannot be watching the events in Tokyo. Yes, it’s so disappointing, but with the notion of “safe Olympics for everyone,” the Japanese Olympics Committee, Tokyo government, Japanese government, IOC and IPC agreed that it is difficult to secure safe and free entrance to the country during the pandemic, thus decided to have no international spectators for this Olympics at the meeting on March 20th, 2021.

So for the Tokyo Olympics, the only people who will be able to attend in person are the Japanese people as well as some sponsors and the country representatives. The number of people who are allowed to be at the arenas will be decided in the following month in April. This means, all the tickets purchased by international spectators, which equal to 600,000 tickets for the Olympics and 30,000 for the Paralympics will be refunded. Furthermore, most likely there will be a number of restrictions for Japanese spectators too, thus more tickets will be refunded. Yes, this Olympics is becoming more and more expensive than originally anticipated. Regardless of the Olympics happening this year or not, Tokyo is facing a tremendous amount of deficit already.

No Athletes from Canada

On March 22nd 2021, Canada has decided that they are not sending players to Japan for this summer’s Tokyo Olympics. There are no other countries which have followed Canada at this moment, but we have to respect the position Canada took. The reality is, even without such official announcements from other countries, each country is struggling with the pandemic that nobody really knows even at this point if the Olympics is really possible, but also beneficial for them. Over in Europe in France, the starting of the Olympics torch-relay was briefly mentioned at the end of the news, but not getting barely any interest. With so many people being infected by the new variants, nobody is relaxed with the pandemic, thus there is not much interest or energy to be spared for the Olympics at the moment.

Holding an Olympics during the pandemic creates all sorts of problems that nobody anticipated. Something, which caught a lot of Japanese people’s eyes in the 3rd and 4th week of March is the closing of the official goods stores around the country.

The Tokyo Olympics is around the corner. As of March 26th 2021, the Olympics will be held in 118 days regardless of how the majority of Japanese people think about it. As highlighted above, these issues the Tokyo Olympics face are not minor. Having delayed a year already, there have been a lot of obstacles that everyone involved have to face. In addition, these obstacles also cost a fortune. With a year delay, Tokyo, which is holding the Olympics, is spending significantly more money than originally budgeted.

During my cherry blossom tours of Japan, we almost always have a portrait session in Kyoto with a real maiko or geiko but during the 2019 cherry blossom photography tour we also had a portrait session in Tokyo with a model living in Tokyo. Last summer in Tokyo I photographed the same model so it was good to work together with her again and everyone created some nice portraits in Tokyo.

The two photos above are courtesy of and created by one of our group’s photographers, Daniel Leffel. Take a look at Daniel’s website for more excellent photography not only of Japan but all over the word.

During our portrait session in Tokyo we started with some street photography in the Harajuku area and then moved to Yoyogi Park for cherry blossoms in the background.

See the gallery below for more portraits of our model portrait session in Tokyo during cherry blossom season. 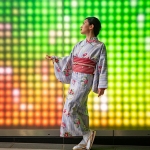 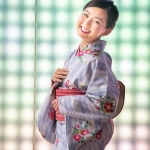 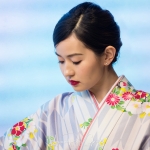 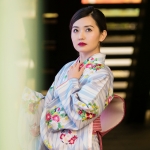 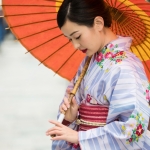 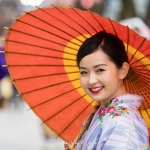 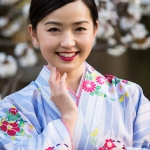 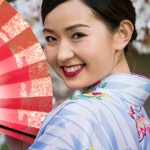 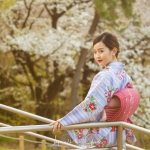 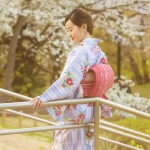 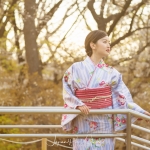 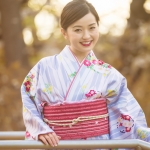 The two photos above are courtesy of and created by one of our group’s photographers, Daniel Leffel. Take a look at Daniel’s website for more excellent photography not only of Japan but all over the word.

See the gallery below for more photos taken in Tokyo during our cherry blossom photography tour of Japan. 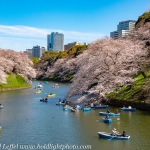 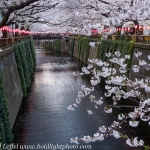 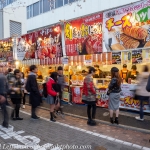 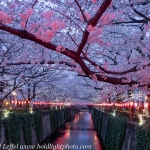 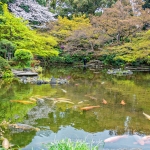 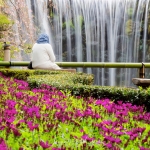 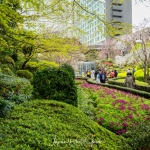 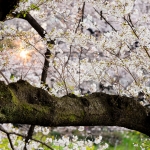 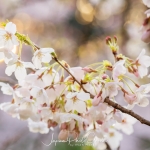 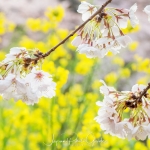 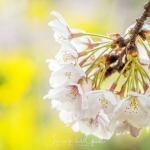 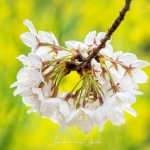 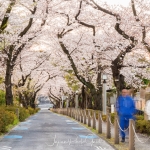