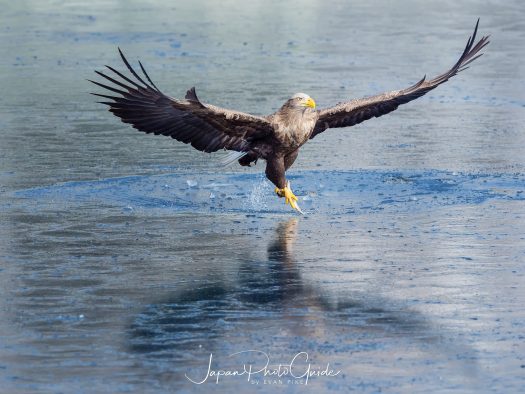 Along with Chris Weston, I escorted a small group of wildlife photographers in Japan in search of Japan’s Winter Wildlife. View the 2018 Winter Wildlife Tour of Japan Trip Report to see photos of Japanese Snow Monkeys, Red Crowned Crane, Swan, Steller’s Sea Eagles and whatever else we could find!  This is the third of 3 posts about Steller’s Sea Eagles, next are the Whooper Swans in Kawayu onsen! 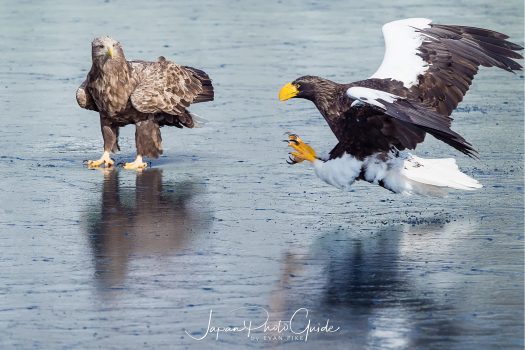 Compared to last year, the drift ice that usually comes into Rausu was nonexistent!  Apparently the captain told me that there had been very little drift ice this year due to direction of the wind and other conditions.  At least we found one spot close to the shore where the water was calm enough that it had a thin layer of ice above the sea for the Steller’s Sea Eagles to land on. 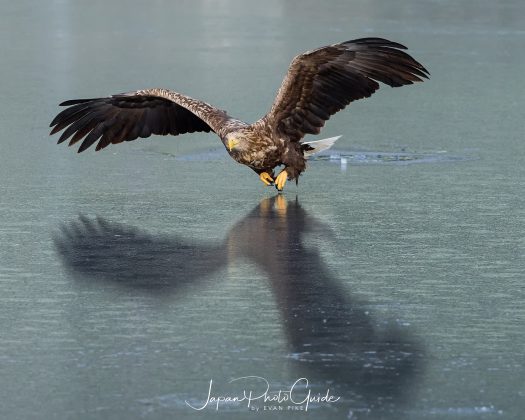 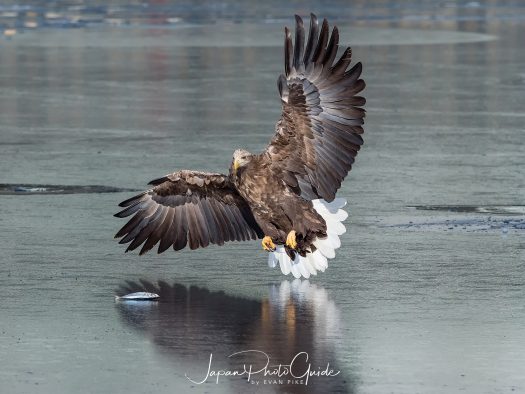 For me, this worked out great and I felt I could see more personality from the eagles for some reason.  Perhaps it was just because the eagles actually stayed in place for a few seconds rather than flying in and flying off!  Also the reflection on the ice was quite nice. 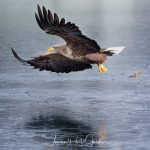 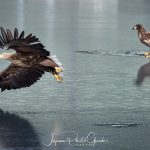 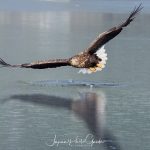 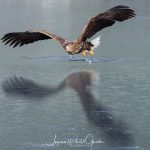 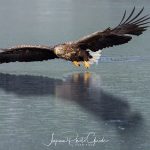 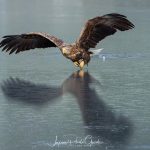 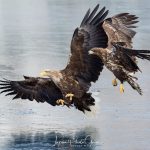 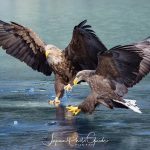 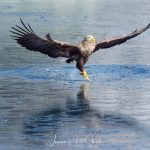 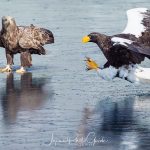 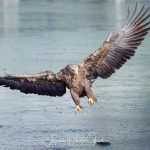 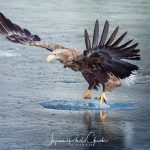 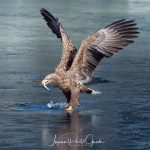 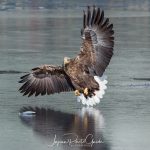 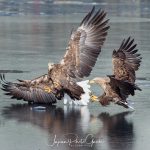 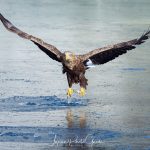