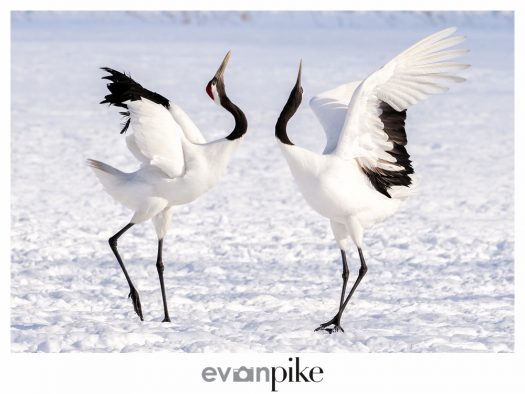 Photographing the the Japanese red-crowned crane in flight was interesting but after a short time with the cranes in Kushiro, I really was enjoying their dance moves more than their flight patterns!  There are a few different locations to photograph the red-crowned Japanese crane that having feeding times and it seemed the cranes were most active after getting a nice meal.  Sometimes the cranes seemed to be practicing by themselves or would pick up a leaf and throw it in the air as perhaps a game. 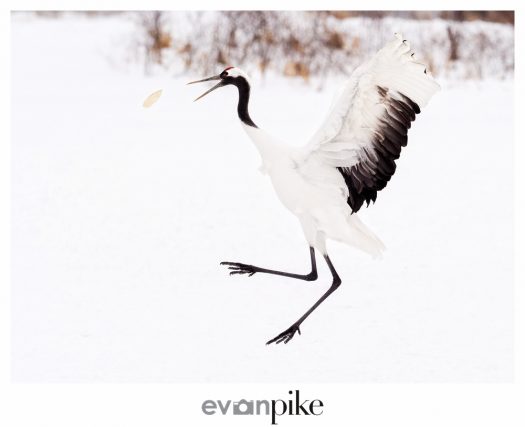 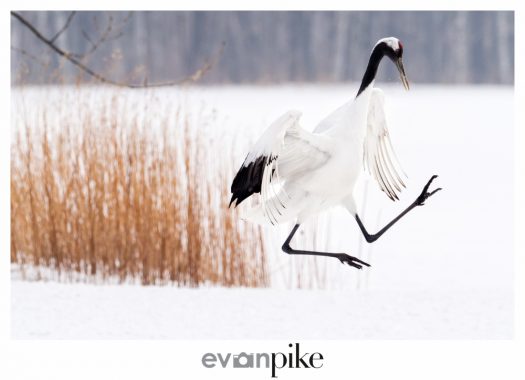 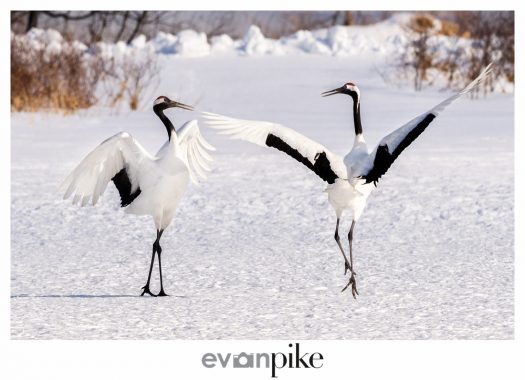 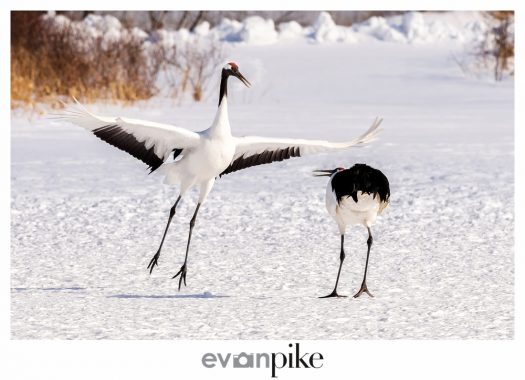 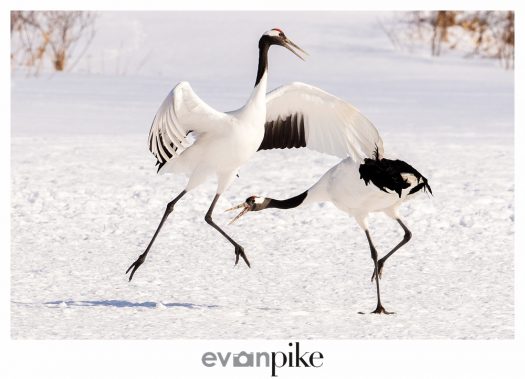 According to the International Crane Foundation, their are only around 1700 – 2000 red-crowned cranes remaining and despite a few feeding grounds, their population is decreasing with the main threat because of their habitat shrinking.  The red-crowned cranes that do live in Hokkaido do not migrate and seemed to have picked up some Japanese characteristics.  Whether the cranes are dancing or play fighting, they are Japanese after all as they bow quite a bit! 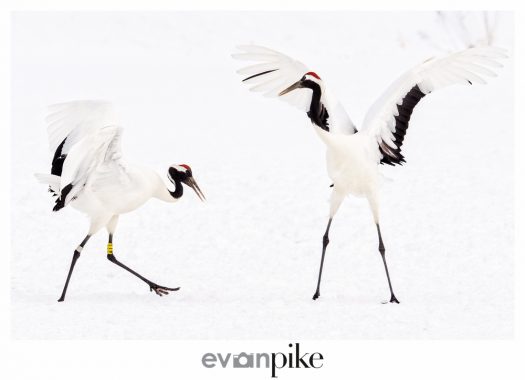 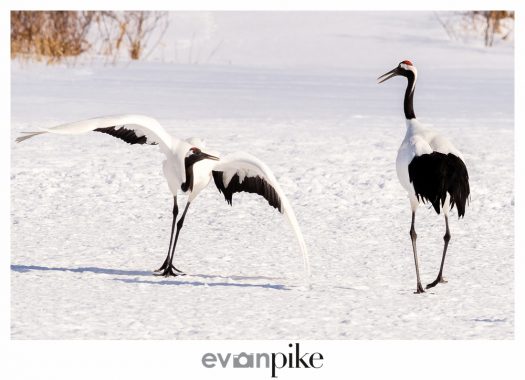 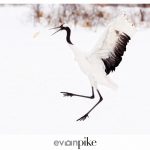 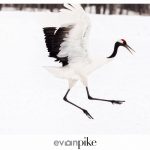 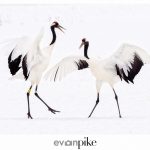 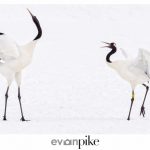 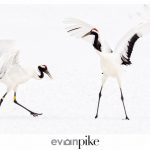 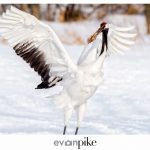 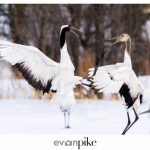 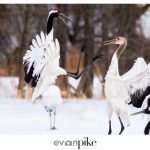 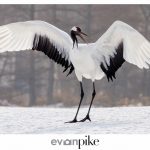 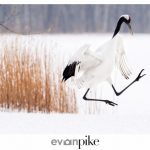 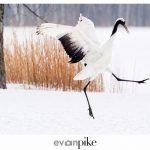 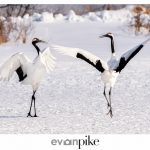 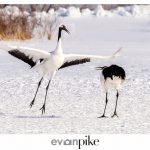 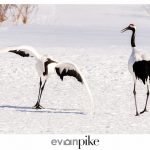 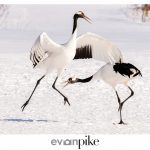 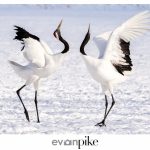 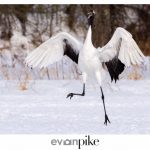 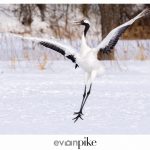