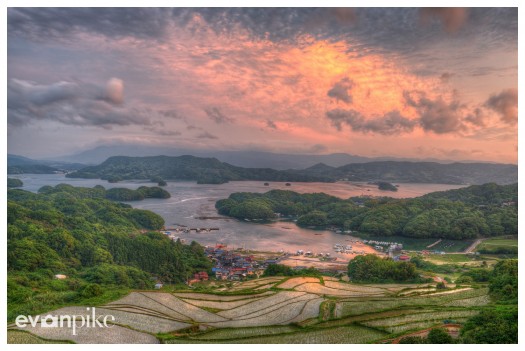 Another day with the group touring Japan and another rice terrace to take photographs of! In the morning we went to Hamanoura Tanada and for sunset, we went to Oura Tanada.  It should be noted that you cannot actually see the sun setting at Oura Rice Terrace, but the plan was that since the weather was suppose to be cloudy, it wouldn’t matter as much.  It turned out to be one of the nicer sunsets of our trip and in hindsight I wished we had switched Hamanoura and Oura Rice Terraces, but we still made some nice photos at Oura as the sky did get some nice color and clouds, even the with sun not being there. 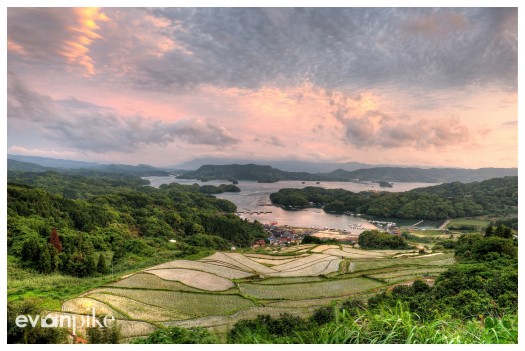 Earlier that day, before taking photos at Oura Rice Terrace, we had a fantastic lunch at Caravan Steakhouse in Karatsu City.  Not only was the food very delicious but Chef Kawakami was incredibly kind and accommodating to the eating restrictions and allergies that some of the members of our group have.  We all loved it so much that after we finished our meal, we made a reservation for the next day’s dinner!   Take a look at the delicious food below and our group with the chef afterwards. 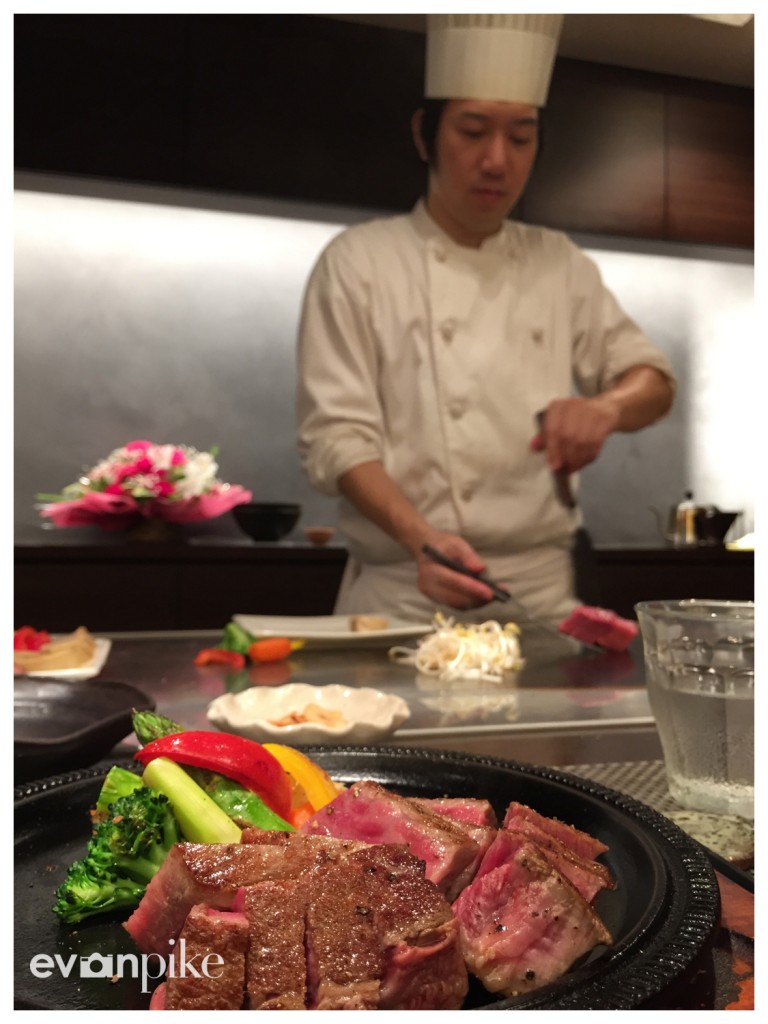 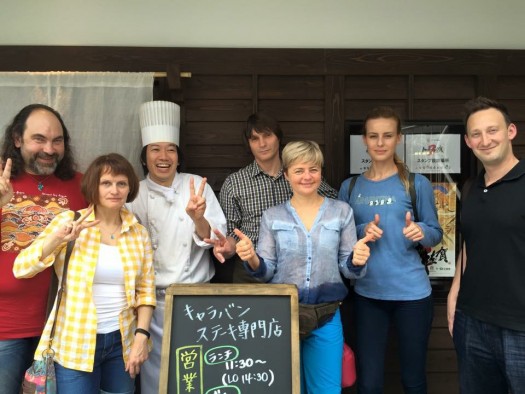 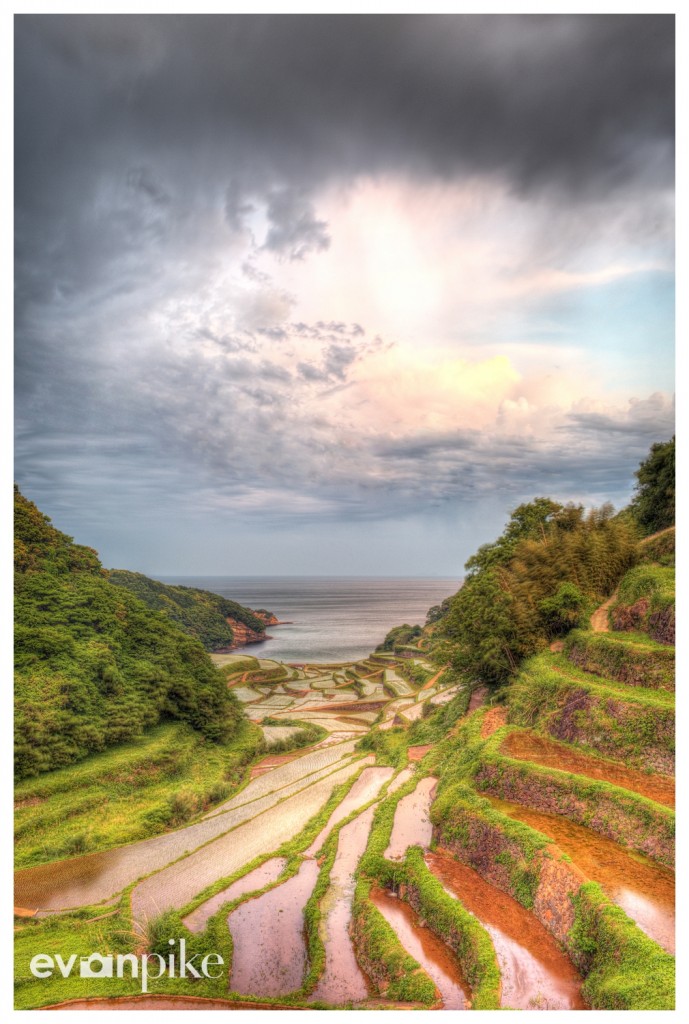 After a good start at Doya Rice Terrace in Nagasaki, the next morning I escorted our group of photographers to Hamanoura Tanada. The best time to go to Hamanoura is really for sunset, but the weather was looking gloomy later in Saga Prefecture, and sometimes there can be some nice light and colors opposite the sunrise, so we went here in the morning. There were some interesting clouds for part of the morning and also there wasn’t much rice growing from the rice terraces yet so we were able to make some good photos. 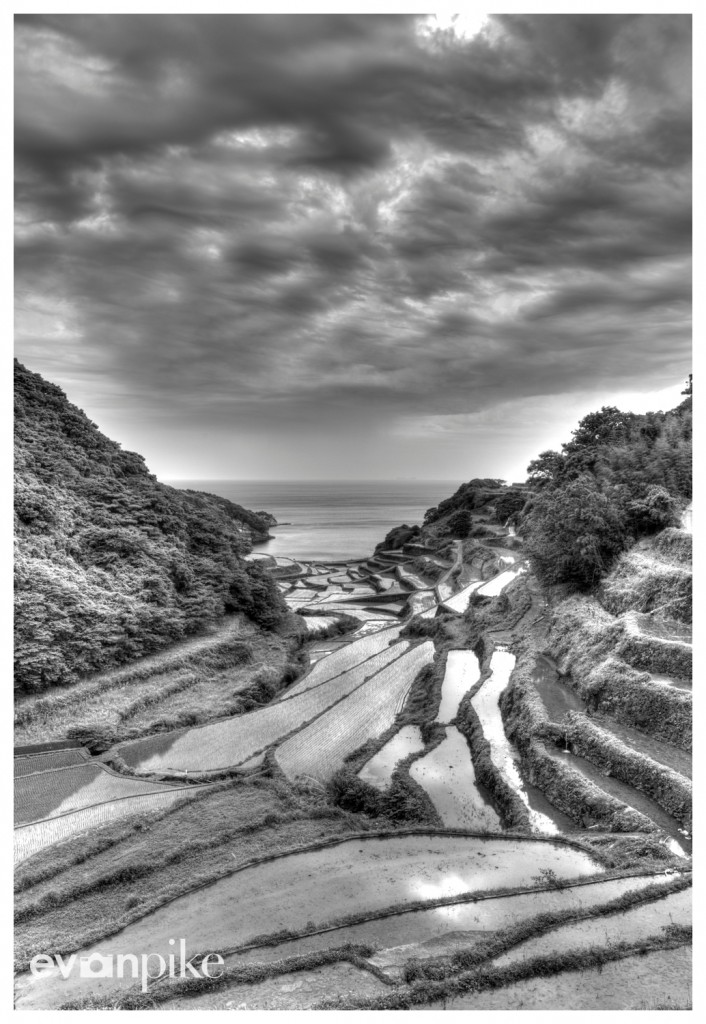 I’m still trying to work on my HDR technique for landscapes and I think comparing with last year’s attempt with rice terrace photos of Japan, I am improving, but still want to learn more.  I love my work as a portrait photographer, but the group tours to Japan are so much fun for the obvious reasons of enjoying Japan and making new friends, but also gives me a chance to work on some photography techniques that I normally don’t have a chance to use.  Next time, instead of HDR, I think I will try the graduated neutral density filters for landscapes of Japan! 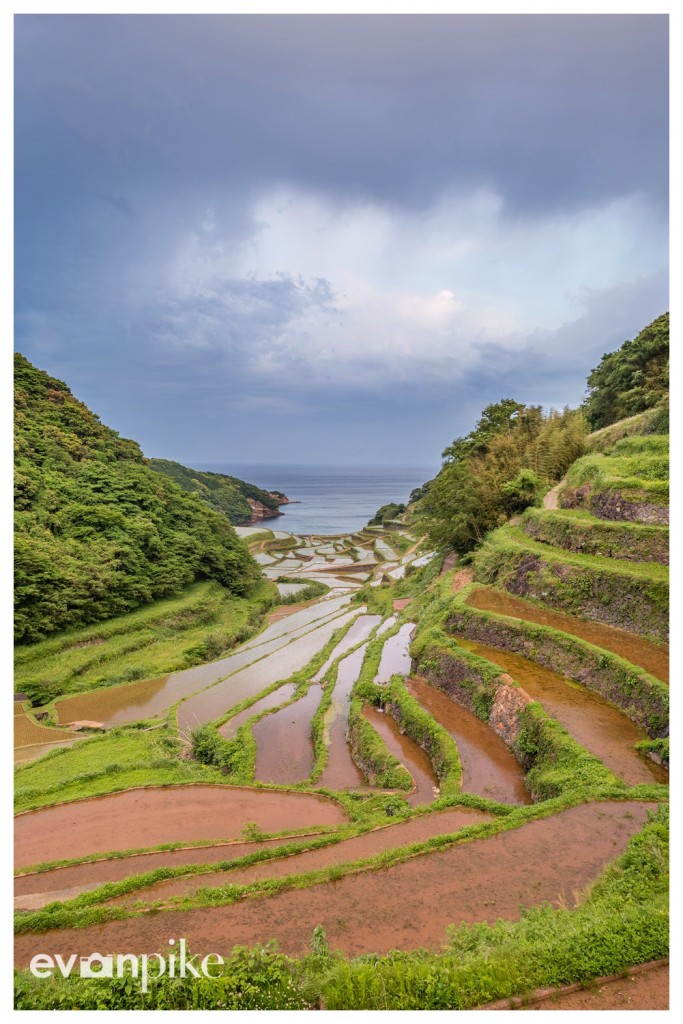 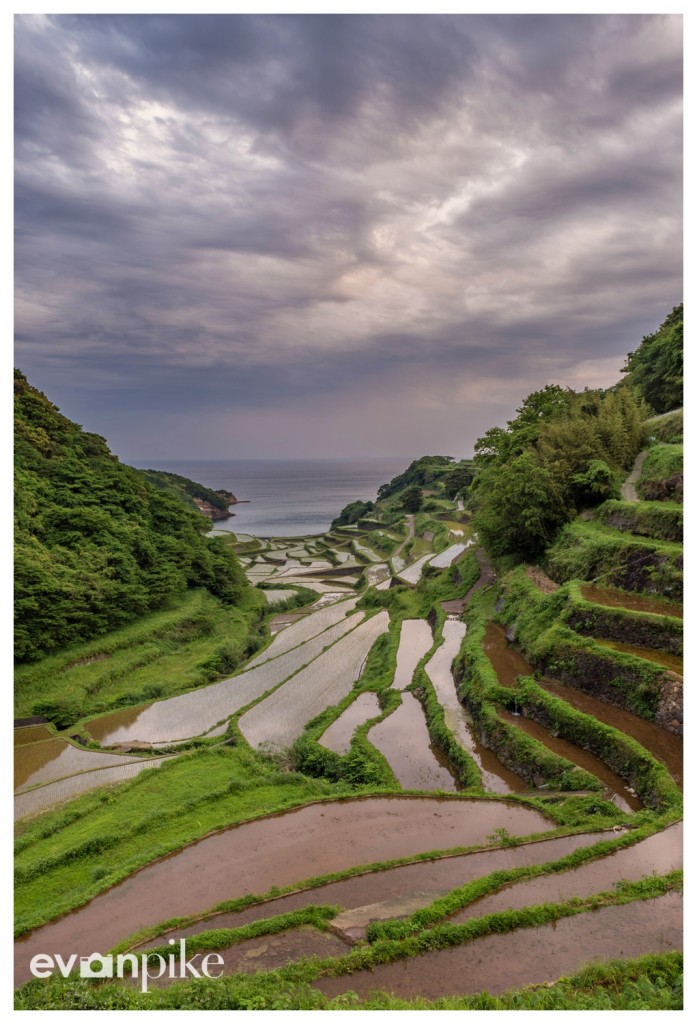 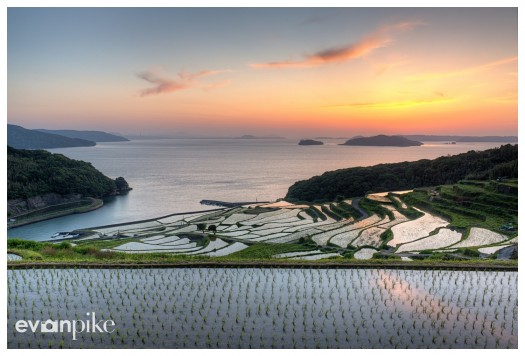 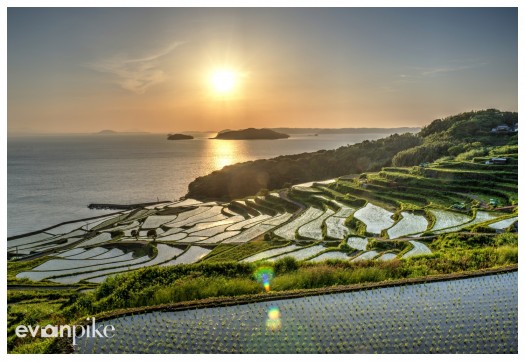 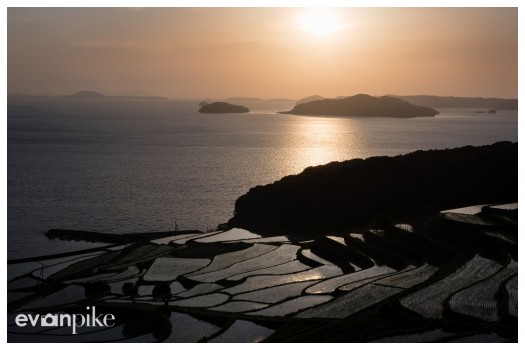 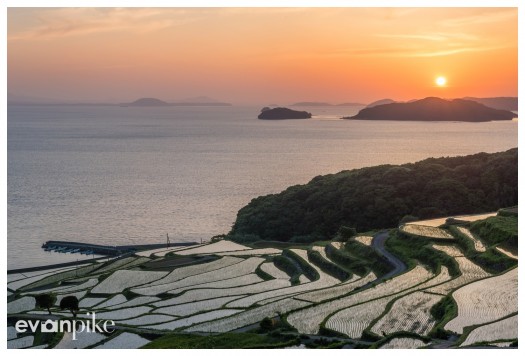 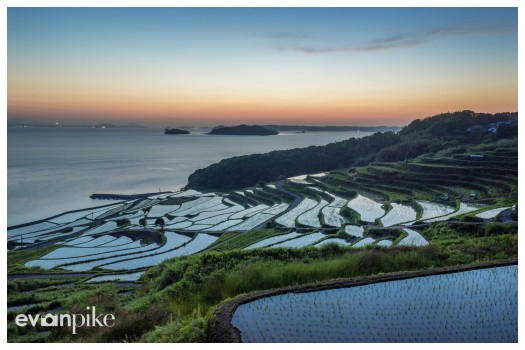 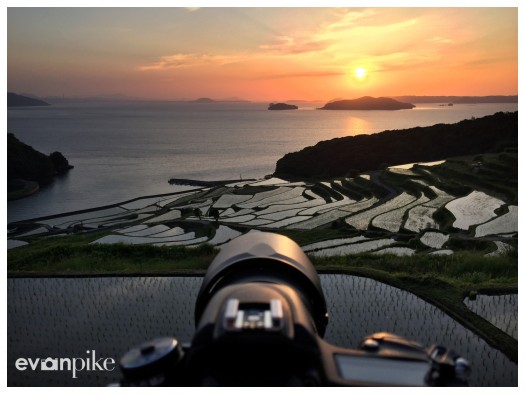 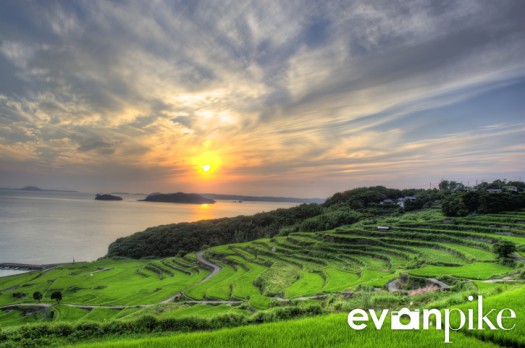 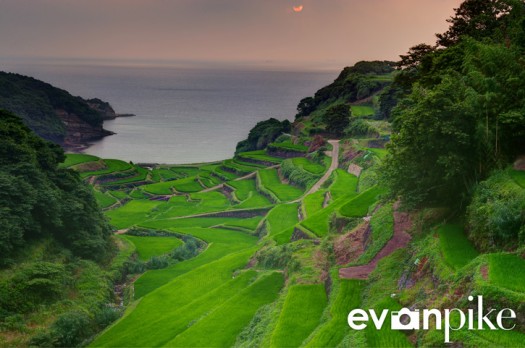