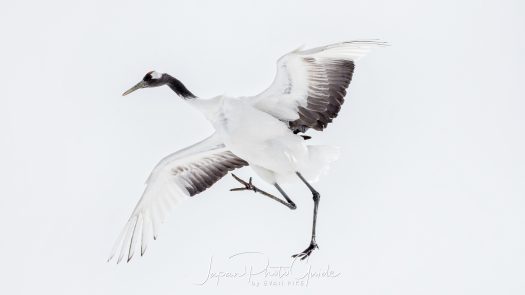 Along with Chris Weston, I escorted a small group of wildlife photographers in Japan in search of Japan’s Winter Wildlife. View the 2018 Winter Wildlife Tour of Japan Trip Report to see photos of Japanese Snow Monkeys, Red Crowned Crane, Swan, Steller’s Sea Eagles and whatever else we could find! This is the first of two posts of the Japanese Red Crowned Crane and then off to the Japanese Snow Monkeys. 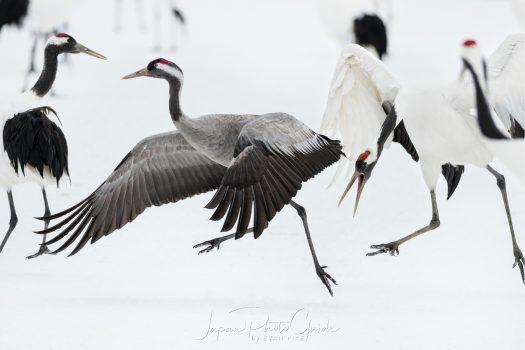 Our last stop in Hokkaido was in Kushiro in search of the Japanese Red-crowned Cranes. There are a few locations you can view and photograph the cranes though having visiting all of them last year, we had a good idea of where and when we wanted to be for the cranes. 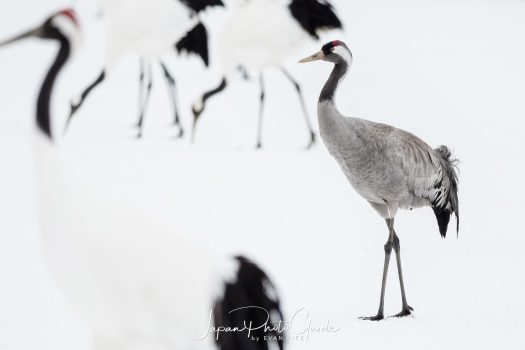 The gray crane above is actually ironically a “Common Crane” as it was the only one there that day.  Made for a nice contrast against the snow and other Japanese Red-crowned cranes.  See more photos of the cranes dancing, paying and flying below! 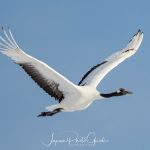 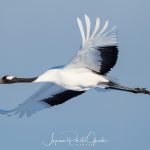 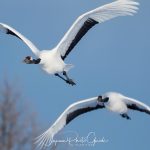 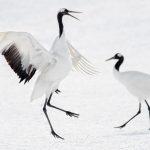 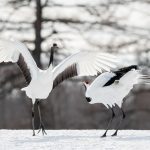 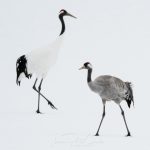 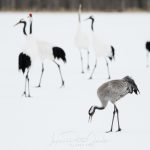 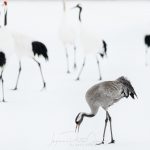 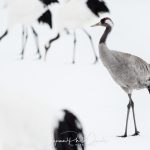 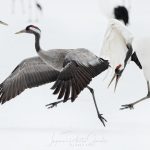 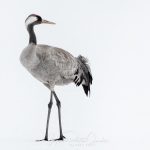 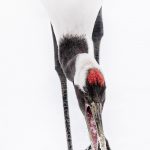 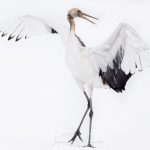 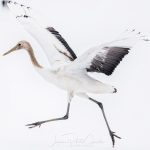 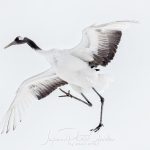 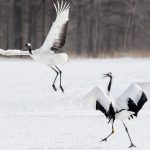