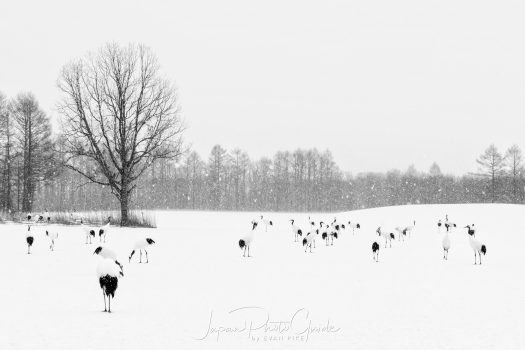 Along with Chris Weston, I escorted a small group of wildlife photographers in Japan in search of Japan’s Winter Wildlife. View the 2018 Winter Wildlife Tour of Japan Trip Report to see photos of Japanese Snow Monkeys, Red Crowned Crane, Swan, Steller’s Sea Eagles and whatever else we could find! This is the second of two posts of the Japanese Red Crowned Crane and next up, the Japanese Snow Monkeys. 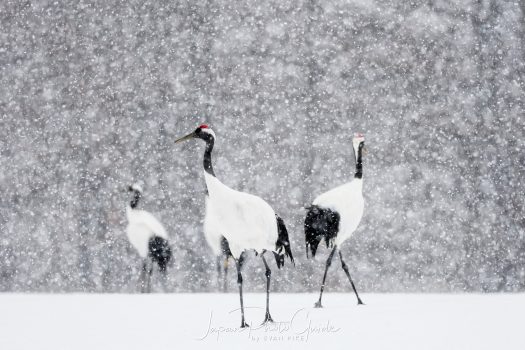 So yes, the Japanese Red-crowned Cranes were in the snow the entire time we were taking photos of them, but one morning we had quite heavy snow, which was majestic to say the least. 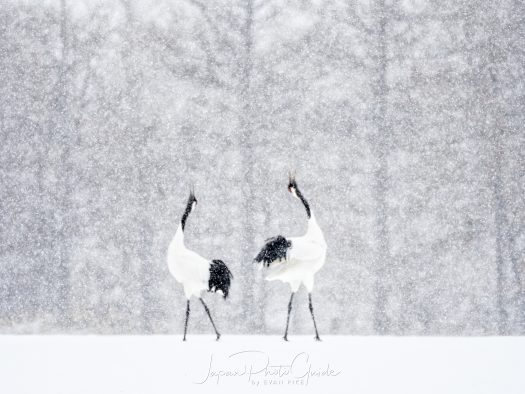 Really glad my OMD EM1 Mark II and pro lens were weather proof!  At one point though, the snow was so heavy it was almost impossible to focus, still beautiful though!  More photos of cranes in the snow from the 2018 Winter Wildlife Tour of Japan below: 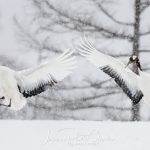 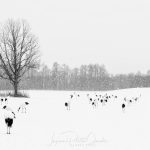 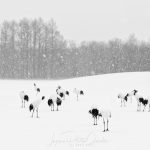 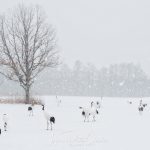 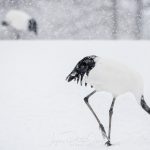 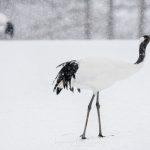 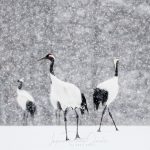 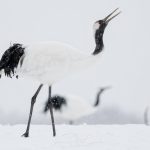 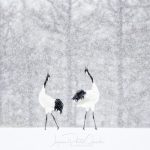